A Tale of Two Board Chairs 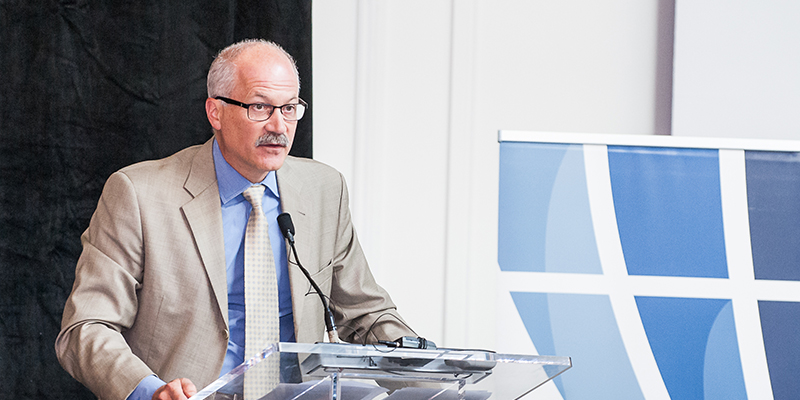 This year, we’re celebrating HIEC’s 30th anniversary. Since its inception in 1989 as the Halton Industry Education Council, HIEC has worked with thousands of students, teachers, industry partners and supporters.

Over 30 years, HIEC has been guided and supported by a volunteer board with representatives from local industry, school boards, colleges and public service. Meeting on a quarterly basis, the group is not just a strategic sounding board for the organization’s senior management, it’s also a committed collective of men and women who all strongly believe in HIEC’s vision and mission. Two of the most passionate members of the board have one other thing in common – they’ve both served as Chairs of the Board.

As we celebrate our 30th year, Brent Scowen currently serves as the Chair of HIEC’s Board, and also sitting at the table is Mike Carberry, who acted as HIEC’s first Board Chair 30 years ago. Although their tenures of Chair spans 30 years, some common themes arose when we sat down to chat with them early this year.

When reflecting on HIEC’s origin, Carberry described a group of individuals from diverse backgrounds who came together through Chambers of Commerce at the same table with the same idea: an organization that would bridge the gap between education and industry to prepare and empower the future workforce.

“It took many meetings to come up with a game plan,” Carberry remembered. “Everyone thought it was a great idea [and] the positivity drove it forward. There was goodwill on the part of everybody.”

Thirty years later, the trend of collaboration continues. “The unique positioning [HIEC] has is in being able to link and connect disparate stakeholders…finding a way of bringing these people and enterprises together all for the advancement of our youth.”

The result of all this collaboration? “I think the students and the kids in Halton have certainly gained the educational and business experience in the region that kids in other areas don’t have,” said Carberry.

A lot has changed over 30 years: governments, technology, education. But both men agree that HIEC has done the work to remain relevant.

Carberry points to the organization’s adaptability as a key reason it has been able to survive the test of time. Regardless of the government of the day, or the changes in technology, he credits the organization’s management team for its creativity and flexibility in responding to changing times.

Scowen agrees. He pointed to HIEC’s flagship Career Lab which runs a Career Awareness Program for 7,000 Grade 7’s annually as a prime example of staying relevant. “To build that program out 30 years ago and offer it as a core foundational piece and keep it relevant and popular, especially given what society looks like today compared to 30 years ago…is such a remarkable accomplishment.”

Scowen also used the example of the organization’s other core program: ApprenticeSearch.com, an online community helping individuals looking for a career in the skilled trades. He credited the team for seeing a career pathway that youth and parents were having difficulty navigating, and building a solution.

Wishes for the Future

Having worked with the organization from the beginning, Carberry asks HIEC and its team to “keep doing what you’re doing,” adding that he sees there always being a need for an organization like HIEC to bridge the gap between education and industry in a way that serves young people.

Scowen felt the same, noting that he hoped HIEC would reach an even larger audience, both provincially and nationally, in its coming years.

Sign up for our Newsletter to stay up to date